Too many are feeling “….unappreciated, Al !” 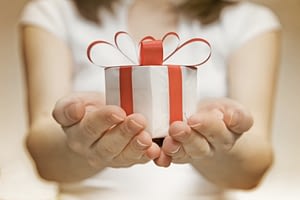 A favourite action film of mine, “Die Hard” with Bruce Willis, has a litany of great one-liners. One in particular that makes me chuckle is when John McClane is talking to Sgt Al Powell, the Twinkie eating policeman, outside in the grounds of the Nakatomi building. He expresses over the 2-way radio that he is feeling “pretty (insert expletive) unappreciated Al!”

In other words, after saving many lives single-handedly and reducing the number of baddies, he gets little thanks from the authorities for putting himself in harms way and is feeling mightily miffed. No thanks, no appreciation, no acknowledgement. And, he was a volunteer!

In rather less dramatic circumstances, it is unfortunately a frequent story I hear when talking with career coaching clients about their work. It is incredible how often a lack of appreciation, praise or acknowledgement can be the impetus to drive a wedge between an employee and their employer. Worse still, if someone else is being continually acknowledged and given credit for work done primarily by another. Some choose to shrug it off. For many people though, as a career value, appreciation is an essential element in order to feel engaged and fulfilled at work.

When asked about business and professional development books that I would recommend, I would often reply: “The Five Love Languages” by Gary Chapman. Actually, as the title suggests, it is a marriage / relationship book rather than a business book, but I have always felt it has a great deal of relevance to the business world. Don’t just treat people how youlike to be treated. Treat then how they would like to be treated. Pretty simple concept, really. Yet, when you think about the fact that Mary likes to be publicly acknowledged (cue the applause), Steve prefers a quiet word of praise and Sandra really loves to receive a gift (nothing too fancy but a show of appreciation, nonetheless), it does take some effort.

Gary later teamed up with a psychologist who works with workplace relationships and penned another book – called the Five Languages of Appreciation in the workplace, modeled off the original book but with some obvious differences (ie in a less amorous context).

It now seems that along with understanding your team members’ personality profiles or motivators, it would be prudent to find out what “appreciation type” they are. The main thing is to avoid giving Mary – the public acknowledgement person, a little box of chocolates quietly (especially when she has just embarked on a diet. Oops.) And, rather than call up shy Steve in front of the whole company to big announcements and public acknowledgement speeches, find an opportunity to give a pat on the back or private words of appreciation. The best way is to find out what people prefer. You can even get them to complete a quiz if you can’t work it out.

Although it wouldn’t be ideal, I dare say that ANY acknowledgement would be preferable to the lack thereof. I have lost count of the number of clients over the years who have stated the absence of appreciation or acknowledgement as a major reason for their unhappiness at work and an eventual catalyst for leaving. The issue can be a huge blind spot for managers and leaders who may have different preferences themselves, or are simply indifferent to expressions of appreciation, as it isn’t personally central to their own work satisfaction.

Asking for feedback can be a strategy for those not feeling acknowledged, however this may be perceived by the manager in a negative context as asking for corrective / constructive or negative comments rather than praise or positive feedback. As many people feel uncomfortable or worry about appearing “needy” by bringing up the fact that they are feeling “pretty &#%$&# unappreciated Al”, the dissatisfaction may simply be hidden and grow, until the search begins for another job where things just might be a little better.

Consider growing a culture of appreciation within your team or organisation. A one-size-fits-all approach perhaps works at certain times, and is better than nothing, but any opportunities to reward and show appreciation personally for genuine effort and extra achievement is worth getting good at. And very do-able, for a small team especially.

Here are some quick take-away actions to help you be a more appreciative leader:

Try to find out how each member of your team likes to be appreciated.
Remember personalisation. Rather than only saying “you’ve ALL done very well!” (Think Are you Being Served’s, Mr Grace), try to acknowledge specific qualities or strengths when thanking or acknowledging staff, or groups / departments.
Differentiate. Notice personal strengths, talents and efforts and build people up.
Remember that the quiet ones do good work too. Catch people doing good work, through a variety of means, not just observation.
Practice at home on your family and friends. They will love it!

About the Author: Lois Keay-Smith

Any cookies that may not be particularly necessary for the website to function and is used specifically to collect user personal data via analytics, ads, other embedded contents are termed as non-necessary cookies. It is mandatory to procure user consent prior to running these cookies on your website.